Native Foods on Kauai to Try on Your Vacation

To truly experience this lush Hawaiian island and its rich culture, we recommend you sample the delicious native foods found there. Kauai was first settled nearly 1,500 years ago. Since then, several dishes have evolved that sustain the Kauai people to this day. So, prepare your taste buds for some amazing delights. 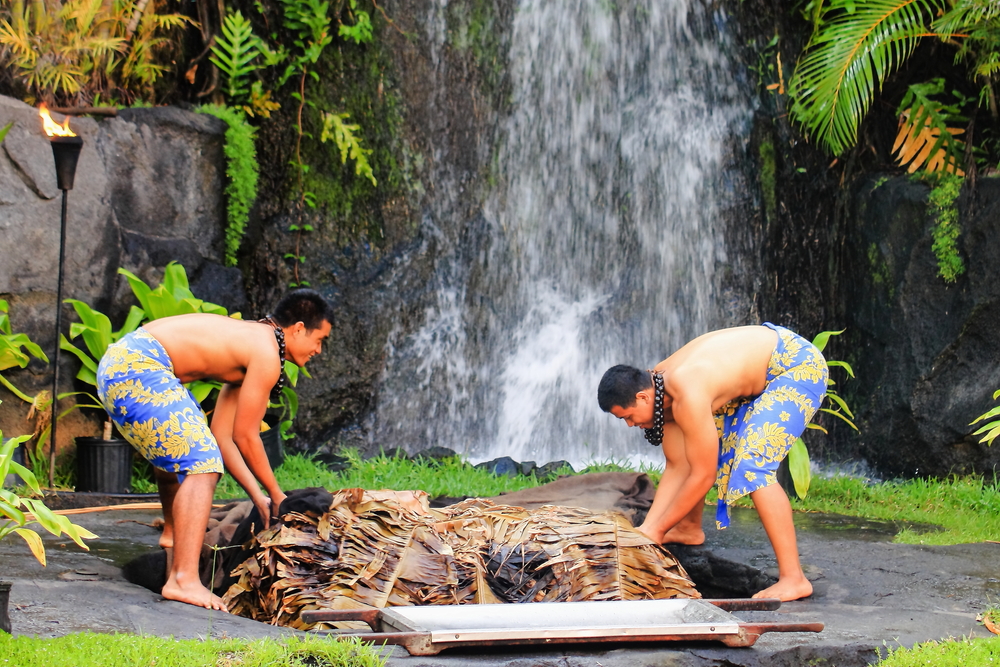 Poke (pronounced POH-kay) traces its roots back to native Hawaiians, who chopped fish, seasoned it with salt, dried it in the sun and added limu or seaweed for texture and flavor. Finally, inamona — roasted Kukui Nuts — are served with the Poke giving it an oily richness.

Poke in Hawaii has become as popular as hamburgers in America. You can find this savory staple in supermarket delis and high-end restaurants. Kauai residents even serve this local favorite at family events, tailgate parties, potlucks and pau hana or after-work gatherings.

Another Hawaiian staple every visitor should sample is poi. Made from the starchy taro root, Hawaiians cook it for hours in an underground oven called an imu. Poi gets mashed until it turns into a liquid. To get the desired consistency, chefs add water.

Poi can range from being runny, to thick and dough-like. Hawaiians refer to it as “one-finger,” “two-finger” or “three-finger” depending on its consistency. Eaten immediately it tastes sweet but some like to leave it out longer to ferment.

Ancient Hawaiian legend considered the taro or kalo plant an original ancestor. They believed the spirit Haloa showed up whenever poi was served. Because of this, all conflict among family members came to a halt while eating a bowl of poi.

Kalua refers to a traditional Hawaiian cooking method that employs an imu, or underground oven. This dish originated with early Hawaiians in a ritual to honor Pele, the Hawaiian Goddess of the Volcano.

The traditional cooking method of this flavorful dish takes hours to complete. Stones placed on top of a fire in the large pit can take two to three hours to become hot enough to begin cooking the kalua pig, which takes about eight hours. Banana trees and ti leaves line the underground oven and the heavily salted meat goes on top. A few hot stones go inside the hog’s body to ensure the meat becomes fully cooked. Ti and banana leaves then wrap around the kalua pig. A tarp covers the pit and several inches of soil placed on top keep steam from escaping and helps the meat cook to perfection.

This slow-roasted, succulent pulled pork has become an iconic centerpiece of luau feasts.

Out of Kauai’s sugar plantation days that began in 1835, came Huli Huli Chicken. Unique to Hawaii, it earned the name huli, which means turn. Roasting the chicken requires turning it back and forth several times almost like a rotisserie. Many on Kauai call the native food barbecued Hawaiian-style ono, meaning delicious!

Western sailors introduced this popular side dish now considered Hawaiian ethnic food. Made of raw salmon and tomatoes, it earned the name lomilomi because spices get “massaged” into the fish by hand. Salt, onions and chili peppers typically flavor the salmon.

This native food in Hawaii became popular in the 1920s during the islands plantation period. Composed of two scoops of white rice, one scoop of macaroni salad, one scoop of potato salad and fish, beef or chicken make up this hearty dish. In fact, Hawaiians refer to it as “the meal that will not leave you hungry.” Favorite meats include barbecued chicken, chicken katsu and Kalbi rib. Often served on disposable plates, food trucks and takeout spots predominately serve this plate lunch.

Top off all this excellent native food with a special dessert. Order a slice of the Lilikoi pie at Hamura’s Saimin Stand, a favorite local hangout. It is a Lilikoi meringue pie unique to Kauai. The texture is light and it isn't overly sweet. It has visitors raving about its amazing taste. Hamura’s Saimin Stand earned the distinguished James Beard Foundation award for being a contributor to American culinary heritage and diversity.

Ready to book your culinary adventure with Kauai Vacation Rentals? Take a getaway here, and soon you'll be ordering bento boxes filled with traditional native food or dining at our finest restaurants. If you need recommendations, just contact our friendly staff!