Over the years, many directors have chosen to shoot key scenes or even have entire movies filmed on Kauai, the tropical paradise we are fortunate to call home. This makes a lot of sense, as our beautiful island is known worldwide for our beautiful beaches, stunning sunsets and breathtaking valleys. 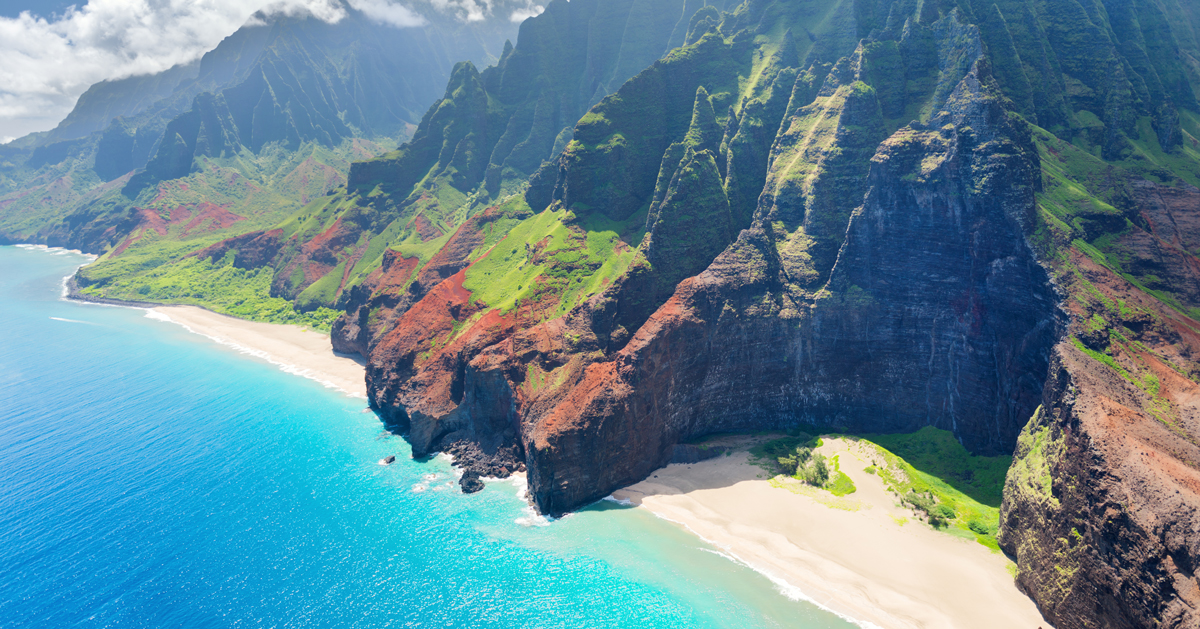 Kauai is a fantastic destination for your vacation, with plenty of options for exploring lush canyons, relaxing on gorgeous beaches or simply taking in the tropical sites on a drive around the island. Directors of films and TV shows know this, and have used the visual impact of Kauai’s natural beauty to set the stage for a number of motion pictures.

Beginning in the 1930s and continuing through recent blockbusters, scores of directors have chosen to have their movies filmed on Kauai. When scripts call for a tropical paradise, a beautifully remote location or a romantic rendezvous on a sandy beach, Kauai has been the obvious choice over and over again.

Browse the following movies filmed on Kauai and start getting excited for your Hawaiian getaway!

Pirates of the Caribbean: On Stranger Tides

In the fourth edition of Disney’s swashbuckling series, Captain Jack Sparrow and friends used the beautiful tropical background of Kauai to great effect. To see one of the locations used in the film on your visit to Kauai, check out the Allerton Garden on the South Shore. Part of the National Tropical Botanical Garden, the park offers views of the river on which Captain Jack himself sailed.

While you won’t find any actual velociraptors or other dinosaurs stomping around the island, Steven Spielberg and the producers of the Jurassic Park picked Kauai for many of the key scenes in this popular series. The dramatic shots of helicopters approaching “Isla Nublar,” the fictional island home of the titular amusement park, are actually of our very own Na Pali Coast. The jagged peaks and deep green valleys lent just the right combination of tropical jungle and remote isolation for the iconic sequence. Other locations on Kauai featured in the Jurassic Park movies include Wailua, Limahuli Garden and Preserve, and Olokele Canyon.

Raiders of the Lost Ark

Another of Steven Spielberg’s huge hits, the famous opening scene of Raiders of the Lost Arkfeatures Indiana Jones in a “Peruvian” jungle that is actually ­– you guessed it ­–  a location on our very own Kauai. The temple set was constructed on Kipu Ranch, located along the Huleia River, just south of Lihue.

The 1976 remake of King Kong was originally slated to include only a few scenes of the lush jungles of Kauai to portray a setting in the South Pacific. However, producer Dino De Laurentiis was so enchanted with the Hawaiian island that he chose to capture all of the jungle and beach scenes there as well.

Get Ready for Your Vacation with Movies Filmed on Kauai

The well-known favorites listed above are are just a small sampling of the movies filmed on Kauai. We suggest watching one or more of them to help build anticipation for your vacation on Kauai. While you’re unlikely to be stalked by dinosaurs or kidnapped by giant apes on Kauai, we can promise that you’ll be treated to some of the most beautiful scenery in the world. When you’re ready to book your own time in paradise, browse our vacation rental properties!